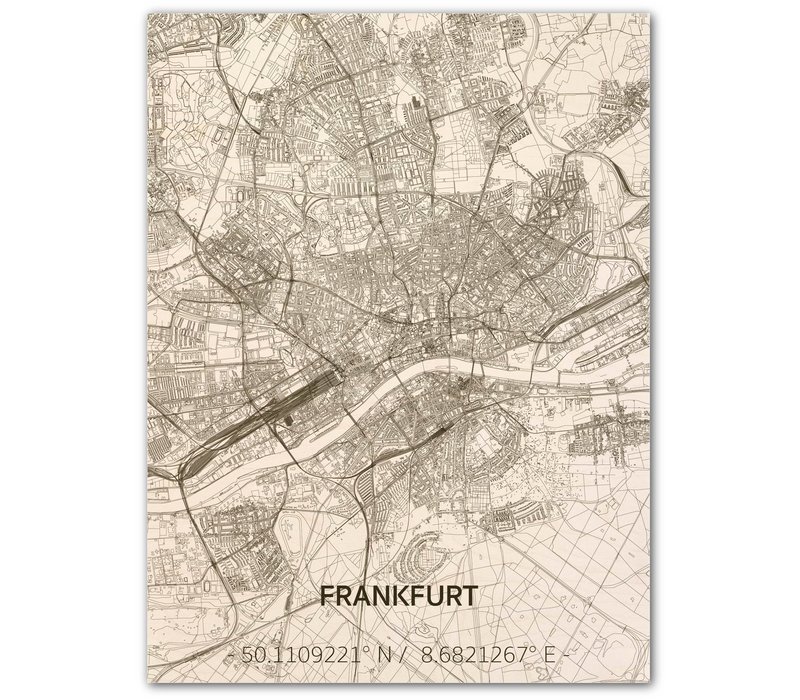 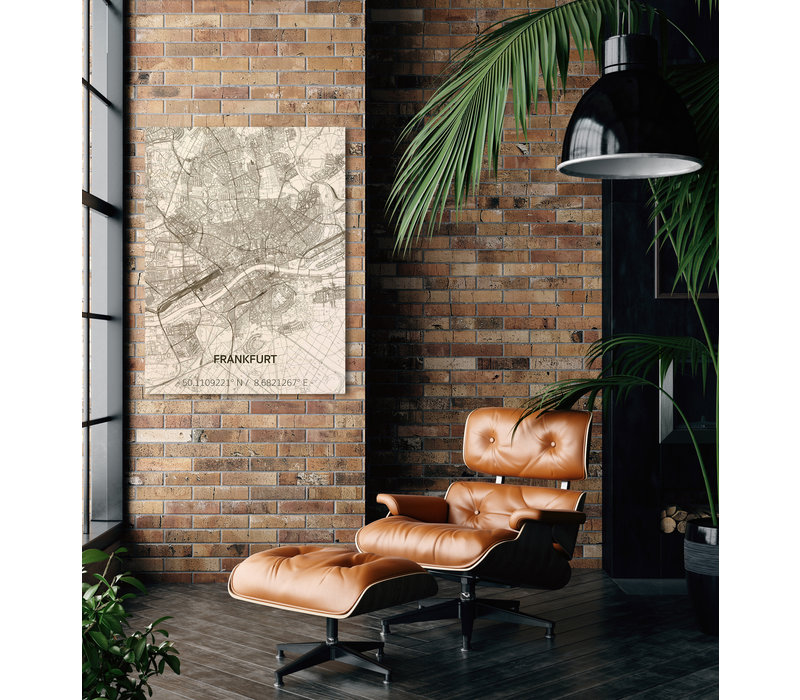 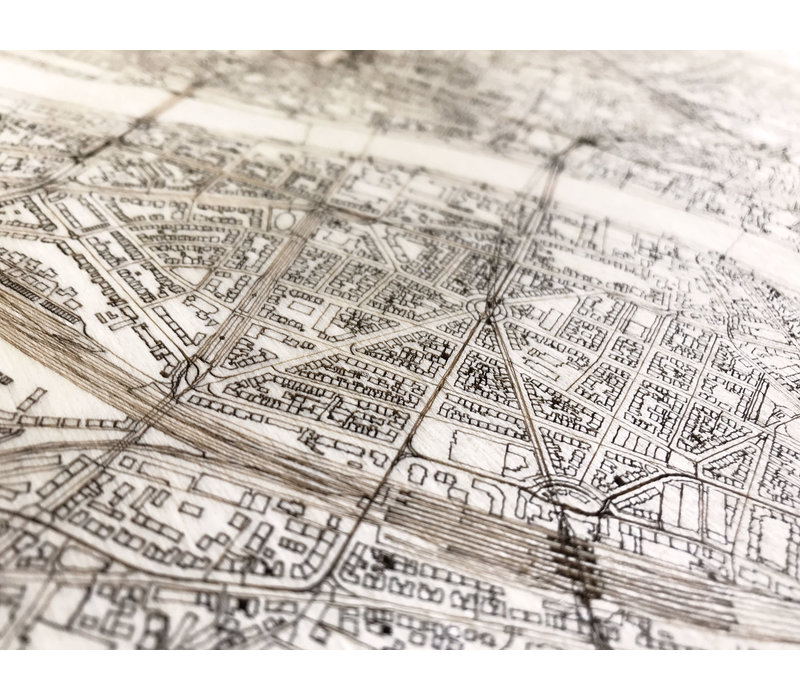 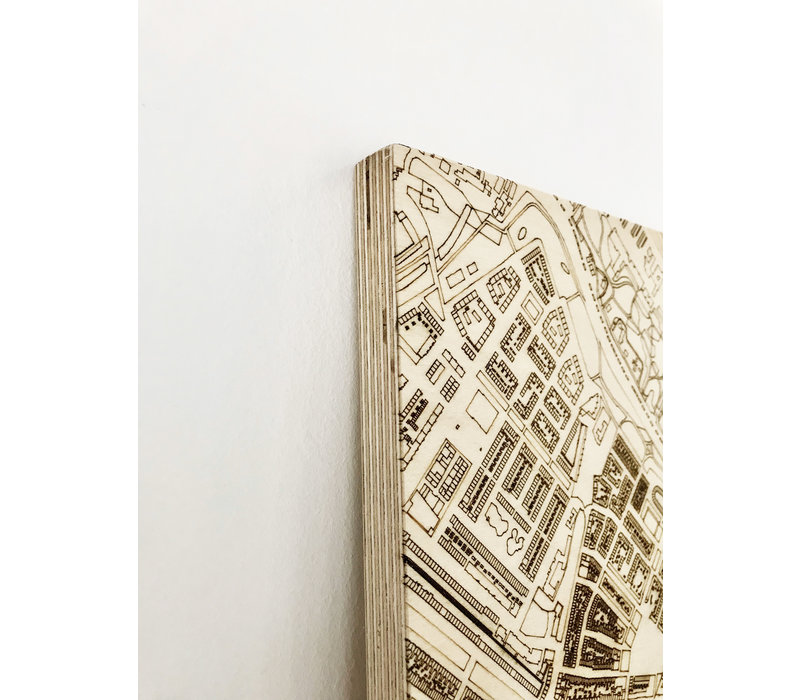 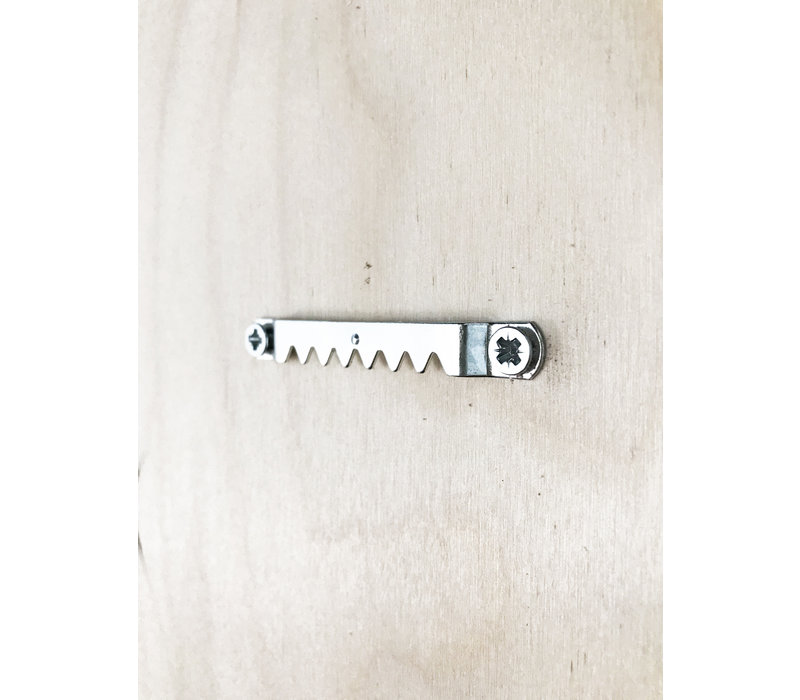 €95,00
Your memory or love for this city on wood? This unique full detail city map of Frankfurt is a must-have for your interior. Even the smallest hotspots can be found in this bustling commercial center of Germany.
Shipping time 1-4 working days
Worldwide Shipping!
You want it? We burn it
Worldwide Shipping!
You want it? We burn it
WOODEN WALL DECORATION FRANKFURT CITYMAP
Do you think our productdesigner did a lousy job, or do you have some questions or wishes?
Feel free to let us know via [email protected]
Dimensions (HxWxD)
70x50x1,8cm
80x60x1,8cm
100x80x1,8cm
Material
18mm FSC Russian birchwood multiplex
Other
- Fully engraved in full detail with the use of the newest laser-technology.
- Finished with a high-quality lacquer layer that is UV resistant.
- Provided with an aluminum hanging system.
- Both horizontal and vertical obtainable.
About Frankfurt
Frankfurt; largest city in the German state of Hessen and the fifth city of Germany on the shores of the river Main.
Characteristics for Frankfurt is the modern cityscape; Frankfurt is one of the few European cities dominated by high apartment buildings. Anno 2018, this city is the financial center of Germany and plays a major role in the European economy.
This city is an important traffic hub in Germany and Europe thanks to its central location, the international airport, the motorway junction "Frankfurter Kreuz" and the train station.
Please accept cookies to help us improve this website Is this OK? Yes No More on cookies »